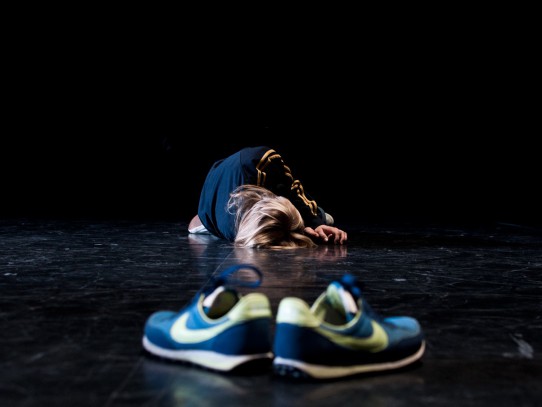 A performance that meditates on what would have happened if the philosopher committing suicide on the 4th of November 1995, jumping from the third floor window of his Parisian apartment, had woken up, and spoken about the experience of his dying body? Through practices that departs from the realm of the Virtual, and make information self-alternate in order to produce another image of thought. The piece wants to shift the dying philosopher’s concept, turning him against himself, and propose a different historical outcome. The meeting of death with life. Propose a re-imagination of a historical event.

“Like a clever philosopher he forces us to think in a new way, to discover new sensations within the space and the physical environment.” – Anna Ångström, Culture reporter for The Swedish daily paper, 22/03-2014

Premiered at the House of Dance 20th of March 2014. Also presented at Dieselverkstaden, SITE, and Point Éphémère in Paris.