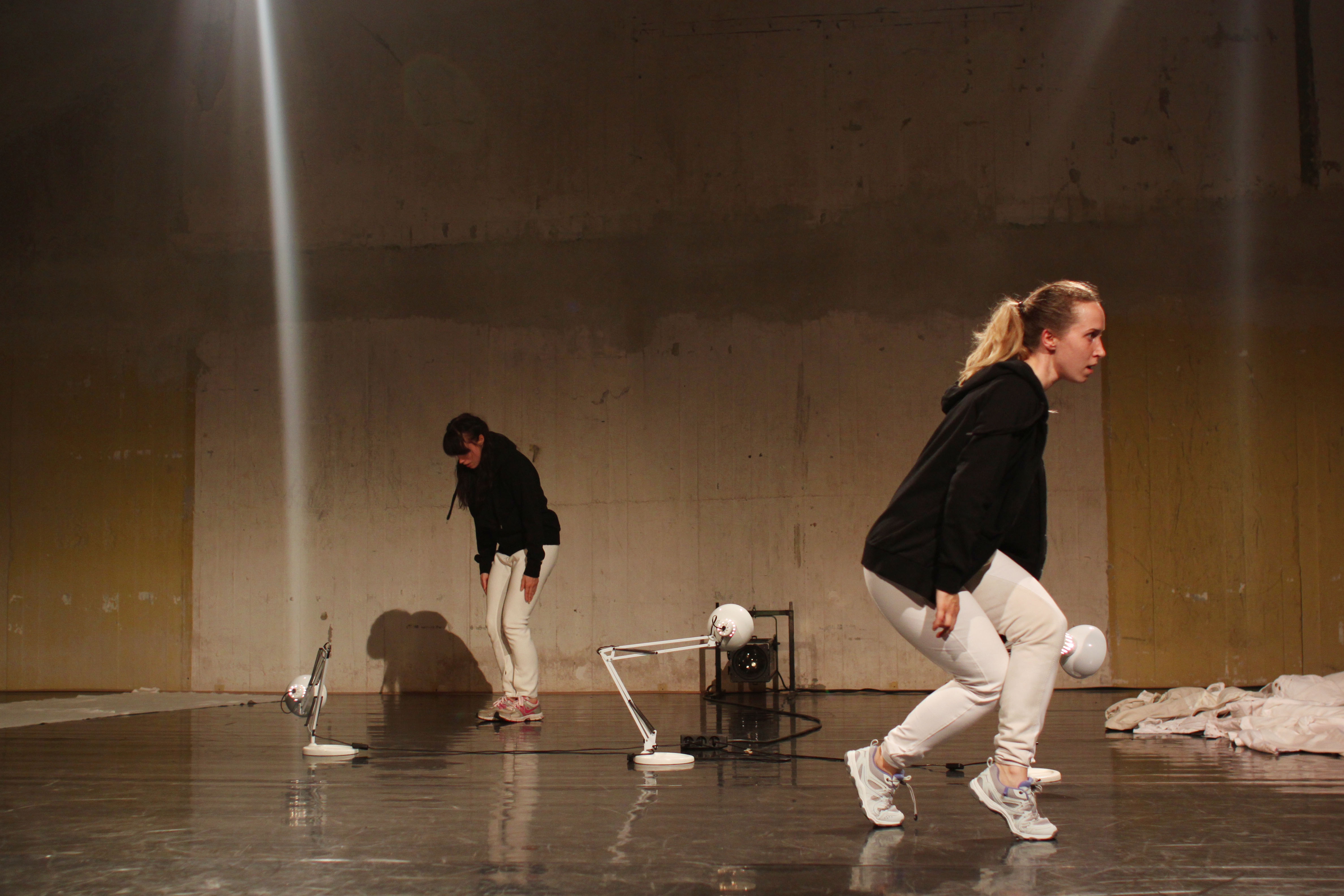 An evening that includes two situations, one in the foyer and one on stage.
The foyer deals with the idea of an artificial, non-organic nature, that doesn’t decompose or change, but interacts with the audience (location and sound). In the ”theatre”-space we zoom in on the lower parts of the body and focus on what can occur if the calf is defined as a singularity, as if it were an autonomous object. A love story between four calfs. A dance in which individual body parts becomes alive and have minds of their own. A physical revolution.

Project supported by: The Swedish Arts Council, The City of Stockholm, Stockholm City Council. But could not be done without a research that was done in the spring of 2013 in collaboration with Cité International des Art, supported by the Arts Grant Committee.